The Marvelous Value of the Holy Mass!

The Mass in a certain manner has as much worth for our Souls, as the death of Jesus Christ had on the Cross (St. John Chrysostom).
It is more acceptable to God the Holy Mass than the merits of all the Angels (St. Lawrence Justinian).
All the steps that one takes to go to participate in the Holy Mass are written and numbered, and for each step there will be granted a supreme award on earth and in Heaven (St. Augustine).
The Mass is medicine to heal the infirm and holocaust to pay for the faults (St. Cyprian).
I assure you, Jesus said to St. Gertrude, that he who participates devotedly in the Holy Mass, I will send in the last instants of his life as many of my Saints to comfort him and to protect him, as the number of Masses at which he assisted well (Lib. 3. c. 16).

Every Mass before the justice of God will perorate your pardon.
At each Mass you can diminish the temporal pain due to your sins, more or less according to your fervor.
Assisting devotedly at the Mass, renders to the holy Humanity of Jesus Christ the maximum honor.
He makes allowances for many of your negligences and omissions.
He forgives you the venial sins that you never confessed of which you had repented.
There is diminished over you the rule of Satan.
You can procure for the Souls in Purgatory the greatest suffrage possible.
A Mass at which you assisted in life will be more salutary for you than many others offered for you after death.
You are preserved from many dangers and misfortunes which would have befallen you.
You diminish your Purgatory with each Mass.

Every Mass will procure for you a greater degree of glory in Heaven.
You will be blessed in your work and personal interests.
Might you know, Oh Christian, that you merit more participating devoutly in a Holy Mass than distributing to the poor all of your goods and making pilgrimages all over the earth (St. Bernard).
The Lord grants to us all that we ask for in the Holy Mass, and moreover, he gives us that which we do not even think of asking for and yet is also necessary (St. Jerome).
If we might know the value of the Holy Sacrifice of the Mass, what ever greater zeal would we offer in participating in it (St. John Mary Vianney).
It is worth more participating devoutly in a Holy Mass than fasting a year on bread and water (St. Leonard).
The Mass is the only Sacrifice which causes the Souls to quickly come out of the pains of Purgatory (St. Gregory). 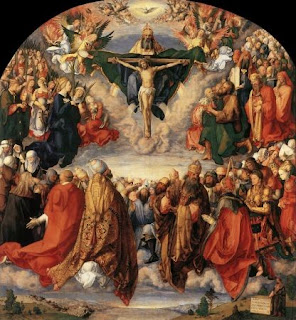 Posted by Rev. Joseph Dwight at 7:46 AM No comments:

A priest who saw heaven, hell, and purgatory


Fr. Jose Maniyangat is currently the pastor of St. Mary´s Mother of Mercy Catholic Church in Macclenny, Florida. Here is his personal testimony:

I was born on July 16, 1949 in Kerala, India to my parents, Joseph and Theresa Maniyangat. I am the eldest of seven children: Jose, Mary, Theresa, Lissama, Zachariah, Valsa and Tom.

At the age of fourteen, I entered St. Mary´s Minor Seminary in Thiruvalla to begin my studies for the priesthood. Four years later, I went to St. Joseph´s Pontifical Major Seminary in Alwaye, Kerala to continue my priestly formation. After completing the seven years of philosophy and theology, I was ordained a priest on January 1, 1975 to serve as a missionary in the Diocese of Thiruvalla.

On Sunday April 14, 1985, the Feast of the Divine Mercy, I was going to celebrate Mass at a mission church in the north part of Kerala, and I had a fatal accident. I was riding a motorcycle when I was hit head-on by a jeep driven by a man who was intoxicated after a Hindu festival. I was rushed to a hospital about 35 miles away. On the way, my soul came out from my body and I experienced death. Immediately, I met my Guardian Angel. I saw my body and the people who were carrying me to the hospital. I heard them crying and praying for me. At this time my angel told me: "I am going to take you to Heaven, the Lord wants to meet you and talk with you." He also said that, on the way, he wanted to show me hell and purgatory.

First, the angel escorted me to hell. It was an awful sight! I saw Satan and the devils, an unquenchable fire of about 2,000 degrees Fahrenheit, worms crawling, people screaming and fighting, others being tortured by demons. The angel told me that all these sufferings were due to unrepented mortal sins. Then, I understood that there are seven degrees of suffering or levels according to the number and kinds of mortal sins committed in their earthly lives. The souls looked very ugly, cruel and horrific. It was a fearful experience. I saw people whom I knew, but I am not allowed to reveal their identities. The sins that convicted them were mainly abortion, homosexuality, euthanasia, hatefulness, unforgiveness and sacrilege. The angel told me that if they had repented, they would have avoided hell and gone instead to purgatory. I also understood that some people who repent from these sins might be purified on earth through their sufferings. This way they can avoid purgatory and go straight to heaven.

I was surprised when I saw in hell even priests and Bishops, some of whom I never expected to see. Many of them were there because they had misled the people with false teaching and bad example.

After the visit to hell, my Guardian Angel escorted me to purgatory. Here too, there are seven degrees of suffering and unquenchable fire. But it is far less intense than hell and there was neither quarrelling nor fighting. The main suffering of these souls is their separation from God. Some of those who are in purgatory committed numerous mortal sins, but they were reconciled with God before their death. Even though these souls are suffering, they enjoy peace and the knowledge that one day they will see God face to face.

It is difficult for me to describe how beautiful my Guardian Angel is. He is radiant and bright. He is my constant companion and helps me in all my ministries, especially my healing ministry. I experience his presence everywhere I go and I am grateful for his protection in my daily life.

Next, my angel escorted me to heaven passing through a big dazzling white tunnel. I never experienced this much peace and joy in my life. Then immediately heaven opened up and I heard the most delightful music, which I never heard before. The angels were singing and praising God. I saw all the saints, especially the Blessed Mother and St. Joseph, and many dedicated holy Bishops and priests who were shining like stars. And when I appeared before the Lord, Jesus told me: "I want you to go back to the world. In your second life, you will be an instrument of peace and healing to My people. You will walk in a foreign land and you will speak in a foreign tongue. Everything is possible for you with My grace." After these words, the Blessed Mother told me: "Do whatever He tells you. I will help you in your ministries."

Words can not express the beauty of heaven. There we find so much peace and happiness, which exceed a million times our imagination. Our Lord is far more beautiful than any image can convey. His face is radiant and luminous and more beautiful than a thousand rising suns. The pictures we see in the world are only a shadow of His magnificence. The Blessed Mother was next to Jesus; She was so beautiful and radiant. None of the images we see in this world can compare with Her real beauty. Heaven is our real home; we are all created to reach heaven and enjoy God forever. Then, I came back to the world with my angel.

While my body was at the hospital, the doctor completed all examinations and I was pronounced dead. The cause of death was bleeding. My family was notified, and since they were far away, the hospital staff decided to move my dead body to the morgue. Because the hospital did not have air conditioners, they were concerned that the body would decompose quickly. As they were moving my dead body to the morgue, my soul came back to the body. I felt an excruciating pain because of so many wounds and broken bones. I began to scream, and then the people became frightened and ran away screaming. One of them approached the doctor and said: "The dead body is screaming." The doctor came to examine the body and found that I was alive. So he said: "Father is alive, it is a miracle! Take him back to the hospital."

Now, back at the hospital, they gave me blood transfusions and I was taken to surgery to repair the broken bones. They worked on my lower jaw, ribs, pelvic bone, wrists, and right leg. After two months, I was released from the hospital, but my orthopaedic doctor said that I would never walk again. I then said to him: "The Lord who gave me my life back and sent me back to the world will heal me." Once at home, we were all praying for a miracle. Still after a month, and with the casts removed, I was not able to move. But one day while praying I felt an extraordinary pain in my pelvic area. After a short while the pain disappeared completely and I heard a voice saying: "You are healed. Get up and walk." I felt the peace and healing power on my body. I immediately got up and walked. I praised and thanked God for the miracle.

I reached my doctor with the news of my healing, and he was amazed. He said: "Your God is the true God. I must follow your God." The doctor was Hindu, and he asked me to teach him about our Church. After studying the Faith, I baptized him and he became Catholic.

Following the message from my Guardian Angel, I came to the United States on November 10, 1986 as a missionary priest... Since June 1999, I have been pastor of St. Mary´s Mother of Mercy Catholic Church in Macclenny, Florida.

Fr. Jose Maniyangat
Posted by Rev. Joseph Dwight at 11:18 AM No comments: