Dear friends,
I received this email from a priest friend in my diocese on April 29, 2017. After his short email there is my answer.

Hi Father Joe,
Let us remain close and united in prayer, in particular in the Mass, as the disciples of Emmaus, sad, tired, disheartened and disenchanted but still capable to let their hearts be enkindled by the words of Jesus and to recognize Him in the breaking of the bread.
Have a nice Sunday
Father _____

Here is my response:

There is less prayer than ever before, more sin than ever before, even worse, indifference as if sin no longer exists, and so we have given much greater power to “the father of lies”, Satan (Jn 8:44). In particular Satan has more power to “disguise himself as an angel of light” (2Cor 11:14), to offer his very deadly beautiful lies as if they were the “truth that sets us free” (Jn 8:32)!
Thus it is very important in these times of great confusion, when even Catholic bishops are no longer in agreement about the fundamentals of our faith and morals, to not only pray much and to study the Catechism of the Catholic Church for adults, but to keep our eyes open so as not to fall into the beautiful lies of Satan presented as if they were the Truth!
FOR UPDATES on some of these fundamental, hidden, and disguised deceptions of the ancient serpent, visit one of my index web sites to see the more important, latest articles:
(as well as the DOCUMENTS REGARDING ECCLESIAL APPROVAL of the TESTIMONY OF GLORIA POLO):
http://josephdwight.blogspot.com
https://josephdwight.wordpress.com/2015/09/21/joseph-dwight-index/
https://www.scribd.com/doc/282239978/Joseph-Dwight-Index
Father Joseph Dwight 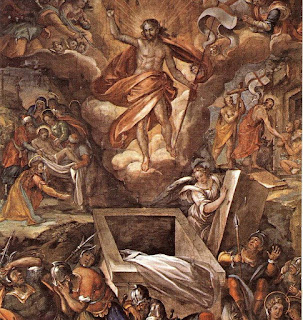 I enjoyed reading this very much. It is heartwarming to know there are still some spiritual warriors left fighting for the eternal truths of the Holy Bible. The Word of God Almighty and His son Jesus Christ. Our Lord and Savior. I am not Catholic. I am Greek Orthodox, nonetheless, this is an important point you make. I found this on FreeRepublic. A site I have been lurking in for quite sometime. I also enjoy the writings of Monsignor Charles Pope which are posted quite regularly at that site as well.
Many of us were very encouraged at the friendship between Benedict and Bartholemew and our hopes were dashed when he resigned and further crushed since Francis was chosen as his replacement.

God Bless you and all the warriors for Truth.