How To Relate With the Present ‘Bishop of Rome’

There is a great battle going on for the Truth! Jesus Christ is the Truth (Jn 14:6)! The Truth of God “will make you free!” (Jn 8:32; Jer 6:16), now and for all eternity! The false truth of Satan, “the father of lies” (Jn 8:44) will offer us some pleasure now, without the cross of Christ, but there will be slavery afterwards and for all eternity. There is great pressure on everyone today to be “politically correct”, even, and especially, in the Catholic Church. No group or ecclesial movement will be exempt from the purification in this period of the “great tribulation” (Mt 24:21), not even the Marian Movement of Priests!

Father Ivan Pojavnik is a professor emeritus of theology at the faculty of Ljubljana-Slovenia. He has published various theological studies on the Second Vatican Council and on the Church. Recently, with the crisis in the Marian Movement of Priests, Father Quartilio Gabrielli asked Father Ivan Pojavnik to offer his insights and guidance regarding how the Movement should relate with the present "Bishop of Rome".

The charism of petrina infallibility.
1. "For the holy Spirit was promised to the successors of Peter not so that they might, by his revelation, make known some new doctrine, but that, by his assistance, they might religiously guard and faithfully expound the revelation or deposit of faith transmitted by the apostles (traditam per apostolos rivelationem)" (Vatican Council I, Dogmatic Constitution on the Church of Christ, IV). The Magisterium of the Church "is not above the word of God, but serves it, teaching only what has been handed on (docens nonnisi quod traditum est)" (Vatican Council II, DV 10.2).
The exercise of the charism of the infallibility of Peter's successors is tied to the fulfillment of the conditions expressed in these passages of the two Vatican Councils. They must teach "only what is transmitted", that is, the divine and human Apostolic Tradition, whose source is in the Holy Spirit, the historical God-Man and at the same time the God-Man glorified in Heaven. If a Pope does not fulfill these conditions, he falls in error, as has happened several times in history.
The charism of a total and unconditional infallibility does not exist. Already the apostle Peter fell into an erroneous conception and ambiguous public act in the Christian community of Antioch, and was publicly corrected by the Apostle Paul (cf. Gal 2:11-16). The public correction was an act of truth and supernatural charity from Paul, derived from the Divine Heart of Christ. The first pope immediately accepted the public correction: "Being the first in the apostolic hierarchy, he was first also in humility" (St. Gregory the Great). This shows that the charism of supernatural humility is greater and more important than that of infallibility.

2. Unfortunately, there are numerous ambiguities and mistakes in Pope Francis's sermons at Santa Marta, as noted by some attentive observers over time. The most problematic thing is his exhortation "Amoris laetitia", which contains some serious ambiguities and errors, as is shown by a systematic comparison with the doctrine of Sacred Scripture, of some Ecumenical Councils (especially that of Trent), of Peter's successors from Leo XIII to Benedict XVI and of the Catechism of the Catholic Church, which is a "special gift of the Immaculate Heart of Mary for these times ... and as it were shining last testament of Pope John Paul II” (cf. M. 01-01-1993).
The most serious problem is the teaching of Chapter VIII of the Exhortation. All of Peter's followers up to Benedict XVI have taught the same doctrine about the sacraments of marriage and penance, on the reception of the Most Holy Eucharist by Christians in the state of mortal sin, and the universal moral law (Decalogue). It is the doctrine of the Apostolic Tradition. Now in Chapter VIII next to the perpetual doctrine of the Church, there is also a new doctrine which contradicts, and this constitutes its fundamental ambiguity.
Here we are facing a decisive choice between two parts that are in contradiction: is it infallible the doctrine of all of Peter's successors before Pope Francis or his doctrine in Chapter VIII? If the doctrine of the second part is infallibly true, then that of the first part is infallibly untrue, that is, erroneous. Is this not a fracture with the Apostolic Tradition and with this, with the teaching of the Incarnate Logos of God that is divine, infallible, universal, and immutable?
In fact, two contradictory interpretations of Chapter VIII are spread at all levels of the Church. The interpretation that breaks the bond with the Apostolic Tradition undermines the three above-mentioned sacraments. In addition, it replaces the universal moral law (Decalogue) with the erroneous ethics of the situation (“situation ethics”): in particular, this is in flagrant contradiction with the teaching of the encyclical "Veritatis splendor" (1993) by John Paul II and of the Catechism of the Catholic Church. Many Bishop’s Conferences and many Bishops have already issued new pastoral guidelines that accept this fracture, they allow a grave abuse of the three sacraments, and push - in the name of mercy – civilly divorced people "remarried" to eternal damnation. Part of the Church is moving to Protestantism, and a huge crowd progresses headlong toward the infernal abyss.
"Man, in fact, obeys his ultimate purpose - which is God - by virtue of an absolute and necessary law (= moral law) founded on the infinite perfection of the same divine nature, in such a manner that not even God could exempt someone from observing it. With this eternal and immutable law it is established that man and all his actions must manifest, in praise and glory of the Creator, the infinite perfection of God, and must imitate it as much as possible" (Pius XII, encyclical Musicae sacrae, 1955; cf. John Paul II, encyclical Veritatis splendor, No. 91-92).

3. The second commitment of the M.M.P. remains: the fidelity to Peter's successor who "only teaches what has been transmitted by the apostles". In the teaching of Pope Francis, I accept the true part and I do not accept the ambiguities and the errors, for he "is not above the word of God," and I want to remain completely faithful to Christ-Truth.
Not understanding well some of Our Lady's messages and ignoring other uncomfortable ones, Fr. Larroque's circular letter defends a total and unconditional infallibility of Pope Francis. With this great mistake he has confirmed those members of the Movement who sleep as naive children in Gethsemane at this hour of the Church’s agony, and he has put to sleep many others. In addition, by virtue of its ambiguity, the circular letter has led a number of members away from the Movement of Our Lady to another movement.

The present situation in the Church.
4. "The Dragon is exulting at the vastness of his conquest, with the help of the Black Beast and the beast like a lamb” (cf M. 09-15-1989; M. 08-15-1989). By way of the meta-temptation of pride Satan has plunged mankind into the deepest abyss of atheism and has provoked a great apostasy from the faith in Christ. By forming in an occult and systematic manner a false Christ and a false Church, the beast, similar to a lamb, is taking possession of the Church (cf. M. 06-13-1989, M. 06-17-1989). This process advances very quickly to the culmination without a lot of people noticing it, unfortunately also many members of the Movement. Don Stefano said, "We must be intelligent children, that is, children with open eyes, and not stupid children, that is, with eyes closed."
Note well.: One should tremble in the face of the powerful and subtle pitfalls of the meta-temptation, with which Satan unleashes against us, which we are his first targets, because we belong to the Queen of victories. The Celestial Leader warns us: "Satan bites furiously at my heel" (M. 08-13-1975; cf. M. 06-28-1989). If the charisma of humility melts in the inebriating liquor of omniscient pride, then the three theological virtues and other charisms are emptied within a Christian. One should tremble before Satan's daily bites, with which he tries to inject us, drop by drop, especially his inebriating liqueur, first to get us into confusion and then to disperse us. Finally, one should shudder, since Leviathan strongly seduces us with a false security, as he already did with the apostles before the passion of Jesus, who had underestimated his predictions and the depth of the mystery of iniquity. "Satan ensnares you by causing you to feel like adults, sure of yourselves, and by causing you to set the basis of your security in your own selves, in your own ideas, in your own actions” (M. 07-08-1977).

5. "We further promise you the greatest loyalty to the Gospel, of which we shall always be genuine and courageous heralds, even, if necessary, to the shedding of our blood" (Act of Consecration). That is why I will never accept a break with the Apostolic Tradition, because I would depart from the Apostolic Church, indeed I would no longer be faithful to the Gospel and therefore to Christ Himself.
"True poverty of spirit is the gift I make to him whom I call. It is emptiness which draws my love. It is the wavelength on which my voice can be heard and understood" (M. 12-31-1976). The Poetess of the Magnificat sings in many messages an incomparable hymn to the virtue of humility. Only if we are truly poor in spirit we can hear and understand her Voice: She tells us in several messages that we are today in the concluding phase of the apocalyptic battle. For this battle, the heavenly Leader has formed Her cohort by conducting it, through the lived consecration to her Immaculate Heart, to the victorious high mountain of Christ Crucified and Risen. But only those mountainers, who have reached levels far superior to the mediocre life, clearly observe in the divine light the global battlefield and recognize the moves of the cohort of the Adversary. These heroic climbers are "strong proclaimers of all the truths of the Catholic faith, as you set yourself in opposition, with strength and courage, to all errors” (cf. M. 06-13-1989).
As prophetically predicted by Don Stefano in the meditation on Gideon's battle against the Madianites, only a remnant of the Movement will be ready for the heroic climb of Calvary up to the end, but with this remnant Our Lady will obtain her triumph. In this horizon of the paschal mystery of Christ and of His Mother, actualized today (many messages explain this), Father Quartilio put at the end of the two letters seven important questions.

M. refers to quotations from messages of Our Lady through Don Stefano Gobbi in the Blue Book:
“To The Priests Our Lady’s Beloved Sons”
(http://our-lady-priests.blogspot.it/) 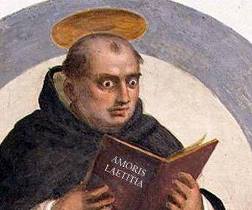 That is really good article, such posts keep me devoted with God and His people. Thank you for sharing it and keep posting more such posts for us